Got up and went to last day of class.  Skipped breakfast, I know, shame on me.  It was an awful icky day.  Stopped to pick up some layering tanks at old navy, then came home and made some "sushi" -- lightly food processed cauliflower "rice" with nori, cukes and avocado as well as some unpasteurized nama shoyu (which is, btw, so much saltier for some reason...probably because it was like, fizzy when I opened it).

I also tore into some of this mayan chocolate stuff that tastes kind of like coffee, it's very bitter.  Not awful but not my fav.  I had about 3 pieces before giving up.

I realized I had run out of savory sundries and still can't bring myself to just drink my protein like a good girl, so I ran out and bought some kale chips, "cheesecake" celery, kale and lettuce to snack on.

So, I ate the kale chips and this RAWesome raw cheesecake that is so delicious that it gets to live with Hail Merry in the world of "things I would eat all the time anyway" then passed out from being old.

Hit the gym, this is 1/3 of the way there y'all!  Foodstuffs for the day include: honeydew melon, cashews, mango, sauer kraut.

Friday, Day 17:
Morning made an exact replica of last night's protein drink dinner. and took my midterm which was way harder than anticipated.  Snack was Kale Chips.  Passed out at 8pm.

I also wish there were an easier way to get photos up in this blog. 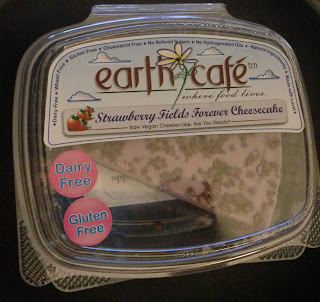 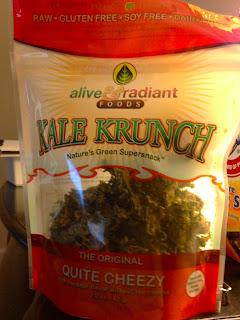